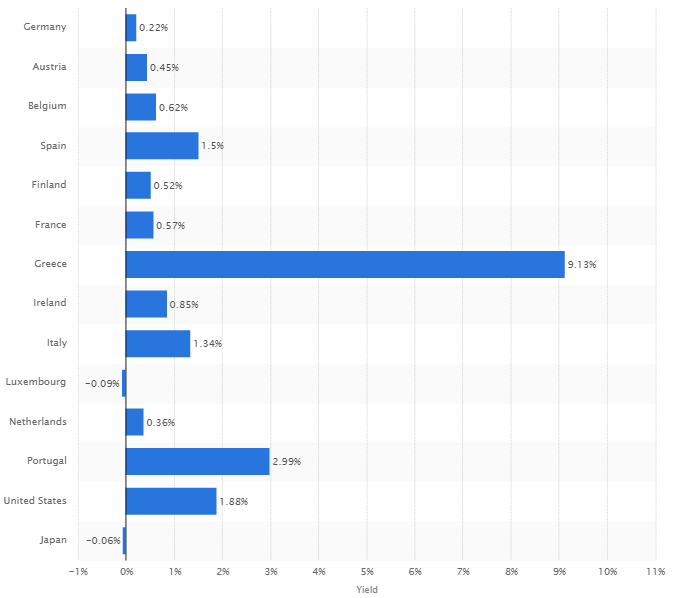 Have a look at the graph to see what the yields (reward for taking the risk of not having one’s capital returned at the end of the term to maturity – in this case, 10 years) selected countries are offering investors who purchase their government bonds which mature after 10 years (from March 2016). Simply put, the higher the perceived risk at inception, the higher the issuer needs to pitch his coupon (the annual income yield to the client as expressed as a % of the capital sum invested) when marketing his debt instrument – 10 year sovereign or government bonds in this case. These yields change during the term for those investors who wish to buy into the instrument (bond) during the investment term (rather than from the outset). Smart investors will purchase a bond when it’s out of favour and the yield is therefore high. The time to buy SA government bonds – unbelievably – is now! Smart investors will sell out of a bond when its yield is low (sometimes the yield changes quickly, such as when Nene was fired).

It is often hard to buy more of an asset (in this case a debt instrument) after you’ve recently lost money by being invested in it. That is what being a contrarian investor means. Buy when your heart is telling you to sell. Sell when it is telling you to buy.
Our SA R186 (10 year bond) which matures just 9 months after those illustrated in the graph, is offering a yield of just a fraction lower than that offered by the Greek government’s 10 year bond. Depending of your view of the SA government’s continued ability to repay you your capital in December 2026, you may want to buy into SA government bonds.